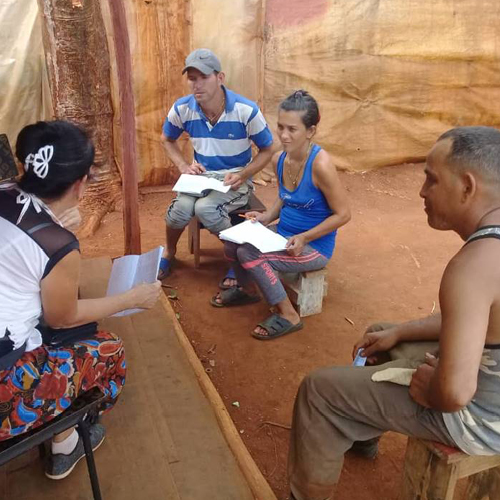 National Missionary Juan tells us with joy that when this couple met him, they were separating. The alcoholic man, in the last drunkenness he was demonized to the point that he looked like a lion against his wife. That night, the woman took refuge in a neighbor’s house and he put his forearm in a pot of hot water. Where he stopped at the Hospital, after the fact, we met with them both.

The woman did not want to see her husband again. We began to pray and work separately and each one accepted Christ. After a month, we could have a meeting together with the two, and after 10 days they were restored.

We began to disciple him, and today they live in peace and he has not taken any more alcohol thanks to God.