A Thief on the Ropes 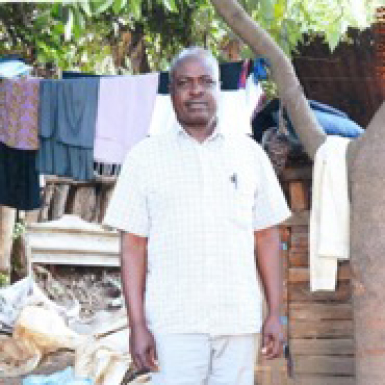 Ganji is a young man of about 21 years old and my neighbor. As my neighbor, I have been praying for both him and his family. This family is famous for stealing things from different people and even looting shops. Whenever I got a chance to share the Gospel with him, he would try to swerve or change the topic. One good thing he did is that he always kept my phone number in both his phone and bag.

While I was at home going on with my normal domestic businesses, I received a call with an unknown number. I received it and a person was pleading me to go quickly to the shopping center about 2 kilometers away from my home. I quickly collected myself and ran to that place. It was about 3:09 pm and the sun was still scorching.

After arriving there I found Ganji in ropes. He was fastened on hands and feet and dropped down on a heap of building stones. Other people were carrying big stones to hit him while others carried a big old bus tire ready to burn him after killing him by stoning.

Ganji had requested the mob to call for a pastor to pray for him before they kill him. The mob agreed and he gave them my phone number and thus one of them called me. Ganji had stolen some things from people and money from shops. People were very angry and tired of him. So, they have agreed to finish him. Though I didn’t know the intention of Ganji’s being prayed for before his death was, but I guess he thought prayers would take him to heaven when he dies as many believe.

I took the chance to request the mob to hear me before I would pray for Ganji and the mob to finish their work of killing him. The mob agreed with me and I thanked God for knowing that it was a good chance for me to share the Gospel with them. I took 10 minutes sharing the Gospel of Jesus Christ and asked them each to give their lives to the Lord Jesus Christ and receive forgiveness or their sins. On that day, 37 people surrendered their lives to Jesus, including Ganji. Seeing what had happened to Ganji the mob decided to forgive him and set him free as Jesus had forgiven and saved him. Ganji and 14 people have joined our church and are doing well. Glory to God.