A Widower Come to Christ 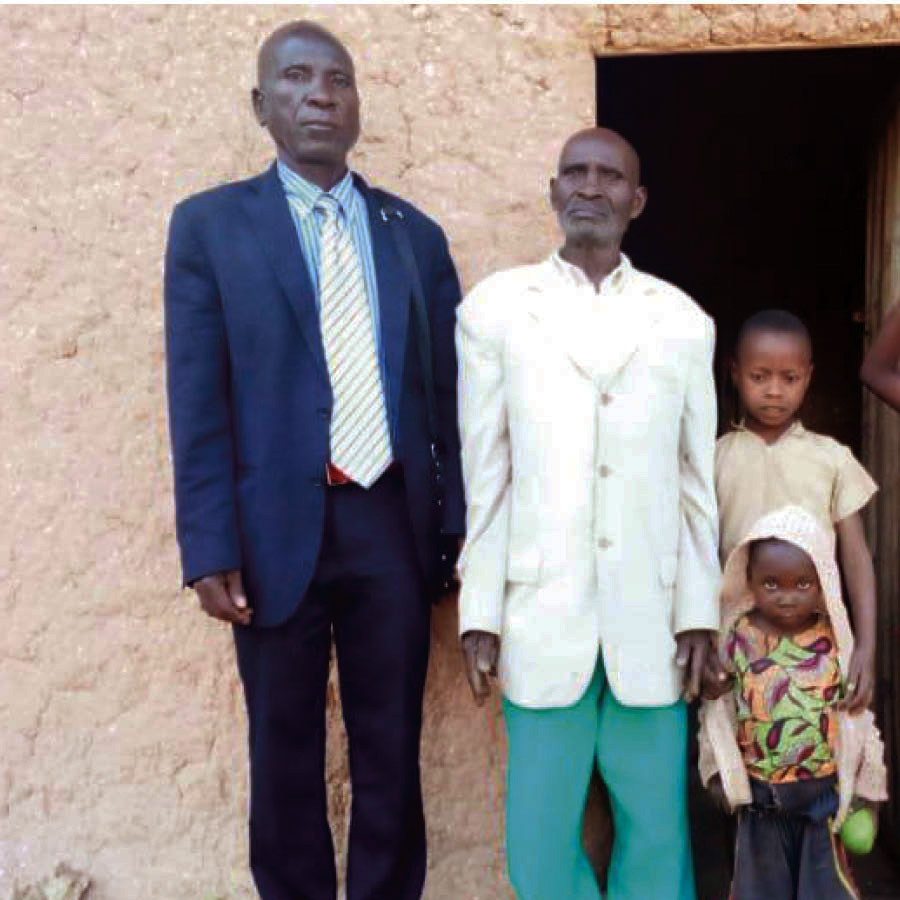 My name is Augustin. I am saved. I have been honored by God Almighty to serve Him as an evangelist and a church planter by expanding His kingdom here and there among the least-reached people in Burundi. I cannot take it for granted to be selected among so many people here in Burundi to evangelize to my own people as I know them better.

I am so glad to be part of the Reaching Souls International ministry here in Burundi. I take this opportunity to thank them from the bottom of my heart all those who are giving their time to pray for us, knowing that the task that has been assigned unto us is not easy. Also, we thank all those who are giving their money to support us in the ministry. May God bless them according to His heavenly riches.

As I serve the Lord, I have seen His mighty hand performing many miracles and wonders as recorded in Mark 16:17. I quote: “These signs will accompany those who have believed: in my name they will cast demons, they will speak with new tongues, they shall take up serpents and if they drink deadly thing, it shall not hurt them, they shall lay hands on the sick, and they shall recover.”

In October, I went to visit a man named Gasihiri, as he had recently lost his wife. In fact, I had been sent by God to go and warn him about what was waiting for him in case he would not repent of his sins. His late wife and he were all involved in sorcery. His wife died in her sins, and God had pity on the husband. They had been living this life for more than fifty years.

As I approached his home, a voice spoke to me: “Take off your wallet 5,000 Fbu and put it aside”. That is what I did. I greeted him and started telling him about the love of Jesus Christ. He told me to get out! I discovered I had started the chat in the wrong way! He told me that since he lost his beloved wife, no one among the believers in Christ dared to visit him and at least comfort him. I felt sorry for that! Why this? I could not understand! Was it really human? Then I told him that I had come for that. He told me that even the pastor who was a neighbor never came to comfort him for the loss of his wife.

We kept on chatting, and then I decided to leave him and asked him if I could come for another day. I took out of my pocket the five thousand money I had put aside and gave it to him. He said: “You, at least care about the mourners. I see now that you know what love is. Not because of this 5,000 Fbu, but you see in me a human being like you! He bitterly wept. Would you please come back tomorrow to visit me again? I feel lonely here.” I promised.

The next day, I went to see him late in the afternoon and we shared many things about daily life. I shared with him about the love of Jesus Christ and by the grace of God, he accepted Jesus Christ as his Lord and personal Savior. Thanks to God for His grace! I had brought him 2 Kg of beans and 1 Kg of rice to feed his grandchildren. He promised that from now on he will be coming to church, and I promised him I will be teaching him the Word of God.

Praise be to God. Amen