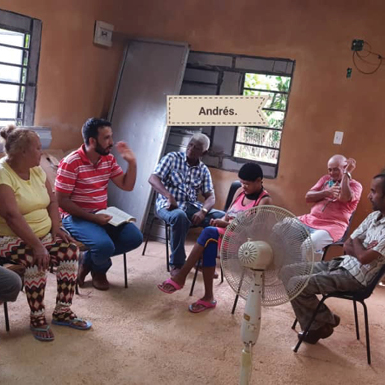 Brother Jorge tells us with great joy about a strategy that the Lord gave them to be able to touch many people in their community. They saw that this pandemic was spreading more and more for the 5 months that we have been going and they noticed that they could help with a dining room in the church that would work three times a week for elderly people and with limited resources.

So, they went out around the neighborhood looking for and inviting the people they would meet. Andrés, a 77-year-old man who lived alone, began to go to church to eat three times a week, but he became more confident and began to stay for a Bible study and prayer. We became friends with him, and he began to attend services. He confessed that he practiced divination and very dark things according to his words but that he felt great relief and peace every time he studied the Bible and ended up giving his life to Jesus and accepted him as his only Savior. He is now walking with Christ and says he wants to know him each day more until leaving this world, hallelujah!