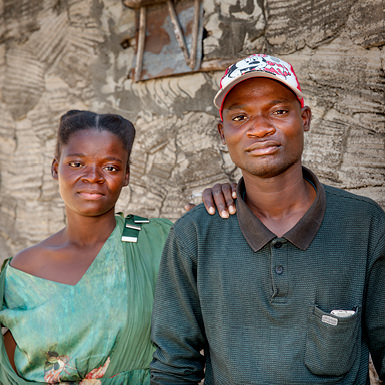 This is how a 17 year old boy from a broken home got saved. On July 15, my Timothies and I were doing door-to-door evangelism when I met a young man by the name of Aaron Phiri who lives with his step father in Senga Village. He was sitting by the road side and I went close to him. I asked him if he could spend some time with us so we could share the good news with him. At first he refused, but later on I was welcomed and he took me to the house where he lived with his mother and step-father.

I read John 3:16. I shared the love of God for humankind. I told him that God loves him despite what he is going through. Then he said to me, “Sir, I don’t believe in love anymore. I remember my mother being kicked out of the house and divorced. I am not loved and when I look at how I’m mistreated, along with my mother, by my step-father, where do I see God who loves me?”

It was touching story, so I took time to share the good news with him and his mother. I told them that God has seen their pain just like God saw the pain of the Israelites who were in slavery, because he raised up Moses. I said that I was there that day because I have come with the good news that God has heard their cries and pain because he loves them.

After I ministered to him and his mother with the Word of God, he told me that he had forgiven both his father and his step-father and he would go in person and tell them that he has nothing against them.

Both Aaron Phiri and his mother were saved and baptized.