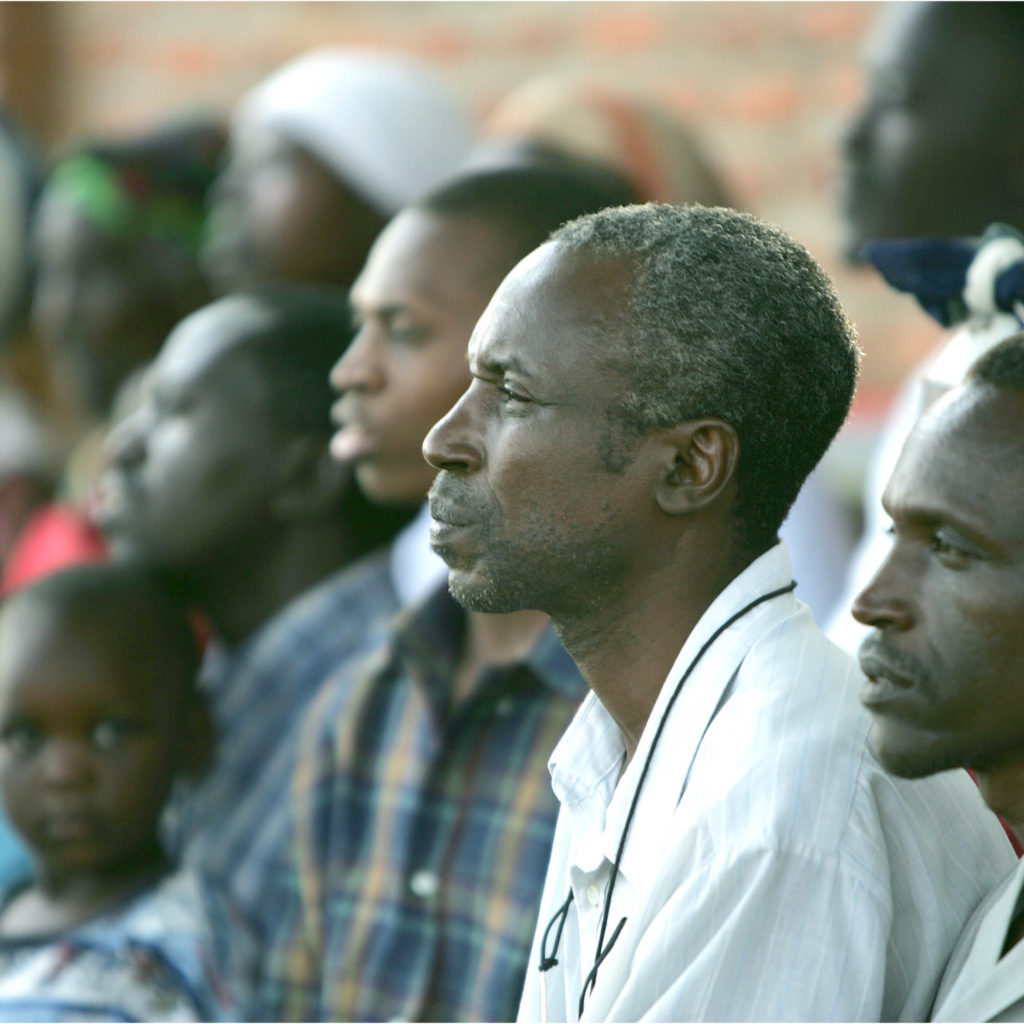 My name is Uwizeyimana. I am a Rwanda National Missionary. It was on Thursday, in the afternoon around 3:00 pm when I and my two timothies were conducting an open air meeting in the village. We were preaching the gospel of Jesus from Mathew 5:13. The topic of the sermon was “You are like salt for the whole human race.”

I explained that God ‘s purpose is that every human being was created to be like a salt among his neighbors though his/her behavior and his/her activities to others so that to be the answer to the questions other people have.

In that open-air meeting, there was a man called Innocent, who is a genocide survivor. This man lost all his family members during the genocide against Tutsi in 1994. When I was preaching the gospel, I saw this man stand up and fix his eyes to me. After preaching, I called those who wanted to receive Jesus and become like salt to others. Immediately, he came to me and told me that he needs to receive Jesus, but he can’t be salt and forgive people, especially those who killed his family.

I told him that God has forgiven us by giving us his only son and Jesus forgave all and those who crucified Him on the cross. He commands us to forgive others without any conditions and if we can’t forgive them, God sees us like murderers and God will never forgive us our sins and what remains to us is to be judged like criminals as the bible says in 1 John3:15 and in Matthew 6:14-15.

I explain these scriptures to him and told him that if he refuses to forgive those who killed his family members you are like a murderer and you will perish because God will never forgive you if you don’t forgive others.

He started to cry and sat down in front of me. After a time many people started to stand up and approach us. My timothies tried to calm the crowd and after 4 minutes he asked me to pray for him and I asked him to proclaim pardon in front of the crowd.

He stood up and told people that from today he receives Jesus Christ, and he forgives everyone who participated in killing his family members and asked God to forgive him.

I started to pray for him and after praying, I asked if there are other people who are able to receive Jesus and 19 people came to Jesus, from that day He is attending church and was baptized.

May the Glory be to the Almighty God.