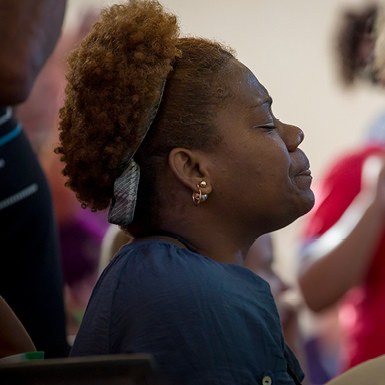 Natalie is a young lady who, for many years, conducted séances herself and practiced spiritualism. One day, she decided to attend one of our services in the church in the town of Contramaestre to listen to the message of God.

The Holy Spirit touched her life that night and she received the Lord Jesus as her personal savior. Like Mary Magdalene, the Lord released that young life from the yoke of demonic bondage. It was under that demonic bondage that she fell to the ground. But, the Church called unto God and in the Name of Jesus, she was released. Some days after that, she brought her family to the congregation. She told us later how, sometime in the past, her house was burned down to the ground with all in it, although she could salvage a few items. At times, she even contemplated the possibility of committing suicide.

She is now a faithful servant of the Lord now, attends our church faithfully, where she received salvation and redemption of sins. She is now getting ready to come down to the waters of baptism.

*Some names have been changed for security purposes