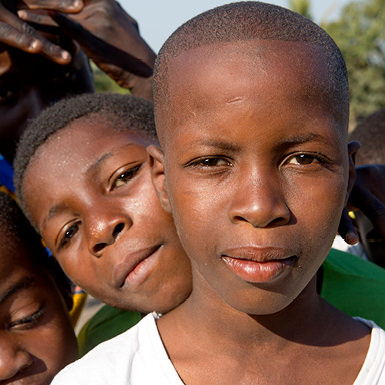 On the last Friday of November, I was coming from an open-air meeting when I met with boys who were coming from a football match, and they were very happy. I asked them why they were so happy, and they answered it was because they had won the game. The game was between Kalungama Stars and Vendor Football teams.

I told them that to win a football game is very good news, and even Jesus had won. He won the game with Satan. I told them Jesus conquered death and now He is alive. He is alive so that we can have abundant life. I explained that if they have Christ in their hearts, they will be happier than how they were feeling that day.

I told them that Jesus wants them to be happy but with the happiness that comes when you know that you are a sinner and confess those sins to Him and allow Him to enter your hearts as Lord and Savior.

The team responded very well and all together said that they wanted this Jesus, so I helped them receive Christ and at last, they all received Christ as their Savior. I left them going to their respective homes with Christ in their hearts. I thanked God for what had happened.