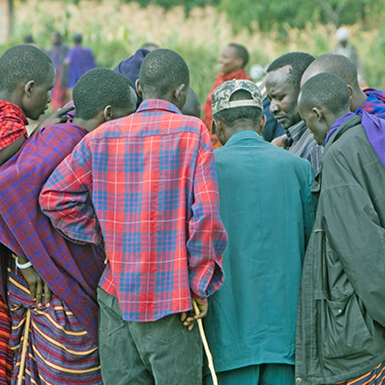 During the process of my door-to-door evangelism work in a nearby district, I came to reach a village in which many of the population of that area are Muslims. When I started preaching on the first day, I was chased from a certain Muslim leader’s house. He did not want to hear about Jesus Christ at all, so I left to preach the Gospel to other people.

The next week after that incident had taken place, we made a program of prayer and fasting from the house of one of our fellow Christian brothers whose child has become very sick. There, God manifested his mighty power and the child was healed!

One of the neighbors of our fellow Christian brother heard about the healing miracle, she was also a member of that Muslim family. One day, she decided to send her child to her Christin neighbor for us to pray over the child. In fact, her son was unable to walk for many years, his legs were paralyzed. We received that Muslim’s son and we prayed to it for some hours, and miraculously the child totally recovered and immediately started walking!

The father and mother of the child were amazed when they saw their son coming back home walking, and they rushed to us and surrendered their lives to Jesus Christ.

No matter how many other Muslims criticized and pointed fingers at them for becoming Christians, it was in vain. From that day to the next, the whole Muslim family surrendered their lives to Jesus Christ. Currently, we have 24 lost souls drawn now to Jesus Christ who were before serving the Islamic religion. We are now training them in the Scriptures from the Holy Bible, and we are expecting to baptize them all after the lockdown.

This is the happiest moment I’ve experienced through this Gospel which I’m preaching. Therefore, we have been intensifying the prayers, so that the Lord may perform so many miracles during our evangelism.