The Muslim & the Missionary 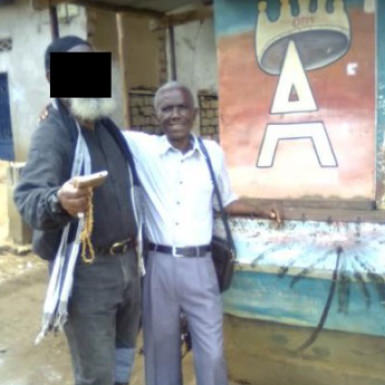 My name is Emile, and I am a missionary appointed by the Lord Jesus Christ to reach the lost souls in sin, and I work under the Reaching Souls International in Burundi. I’m so thankful to God for this privilege to serve Him as such. I see His mighty hand as I share His word among His people that He created for a good purpose. I am so grateful for the many miracles that He performs through me.

One of those miracles happened this 29th of September at the Kobero Village Center whereby I got the great privilege of sharing the Gospel of Jesus Christ with a Muslim named Akash*. We argued on many things, especially the trinity of God. What amazed me is that I found he knows much about the Holy Scriptures. To argue with the Muslims, you need to be grounded in the Word of God! They have memorized the scriptures! We had discussed Christian and Islam beliefs many times, for more than seven months, but this was the culminating point whereby he came to accept the deity of Jesus Christ.

The Holy Spirit had prepared his heart. He didn’t say: “Praise be to Allah,” but “Praise be to God, Jehovah, the Father of our Lord Jesus Christ!” He himself asked to be prayed for. He was convinced that the Holy Spirit is at work in his life! I prayed for him as he was on his knees, and Akash received Jesus Christ as his Lord and personal Savior. He told me not to make it public, for fearing of his Muslim family. I accepted his plea, as his time to be free would come in the near future. He also requested me to continue praying because things were going to be tough for him. Join me in that request. Glory to God.

*some names have been changed for security purposes