Under a Mango Tree 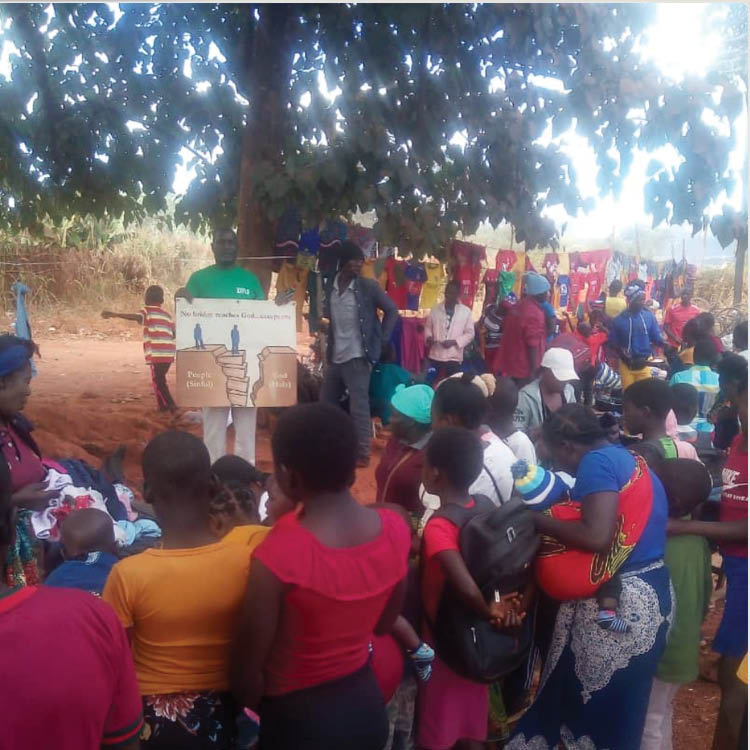 There is a 34-year-old Muslim man troublesome thief called Salim who came to Christ yesterday. After he stole a bicycle, he was caught and stoned almost to death. This man was a real troublemaker, he got imprisoned four times after he stole 8 cows, two goats, maize in the fields, many times broke into houses and store various things.

During our one-on-one street Evangelism we met a crowd of about 100 in the street while some of those people were stoning man (thief). When we reached that place did our level best to intervene the situation in the name of Jesus Christ. We shouted alleluia with the mic, we had our Peavey. The people stopped beating the thief, then we asked the people why for such aggression against the man, the people replied that, “We are tired with this man, he is a dangerous thief in this village reason why we are making justice with our own hands to get him finished today.”

We found that place to be the right one for our Open-Air-Meeting. We took the thief and put him to our side and we started singing Gospel songs and dancing, everyone joined us the songs and dance. The meeting came to sound like a birth day party, the passers-by stopped and joined us as well. After we sang three songs we began preaching, and had 89 lost souls including the Muslim thief brought to Christ. We came to see that there was no any Church nearby and we started a new Church with 71 members just right there beside the street we found a big mango tree and we made it as our shade.